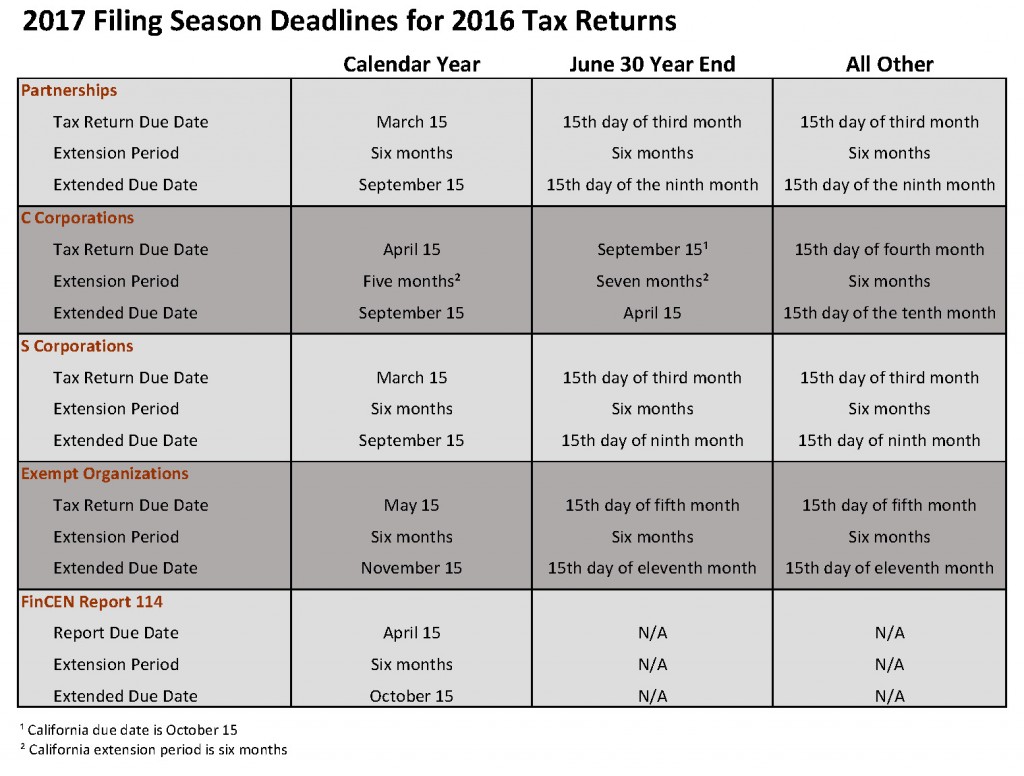 Federal and California filing and extended due dates for partnerships, C corporations and S corporations are changing for the upcoming 2017 filing season (2016 tax returns). We outline the changes below. Note that we focus only on federal changes, since California either conforms to the change or has a due date that is one month later than the federal return.

Limited Liability Companies treated as partnerships for tax purposes follow the due dates as required for partnerships.

Taxpayers with a June 30 year end will have a due date of the 15th day of the third month following the close of its tax year (September 15th). This will stay in effect until December 31, 2025.

Limited Liability Companies treated as corporations for tax purposes will follow the due dates as required for calendar year C corporations.

The due date for S Corporations will remain the 15th day of the third month.

Extension periods also remain the same; the extended due date will be the 15th day of the ninth month.

Foreign financial reports are now due April 15th. Taxpayers (individuals and business entities) will, for the first time, be able to request a six-month extension for filing their FinCEN Report 114. The extended due date is October 15th.